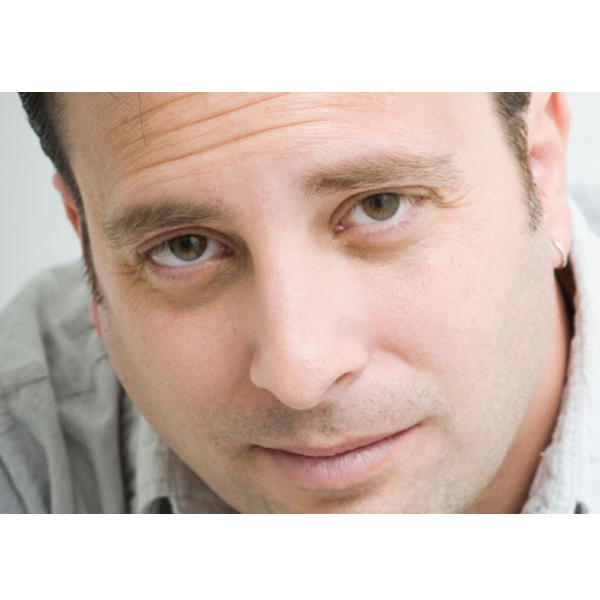 Doors open 15 minutes prior to showtime.

All Shows 21 and older

All Sales Are Final - No Refunds

Slowing down is not in Steve Sabo's vocabulary. Tirelessly working the road an astonishing 52 weeks a year, this comedy road warrior brings laughter and joy all over the nation, and beyond. No stage is too big or too small; he has performed for crowds as large as 5,000 and as small as two. First hitting the comedy stage straight out of high school at 18, he has honed his craft at comedy clubs, dirty bars, shiny casinos, military bases, cruise ships, colleges, corporate shows, fundraisers, restaurants and even a back yard or two. His comedy has universal appeal, and his experience shows it.

In his 25 years as a performer, he has had the privilege of sharing the stage with comedy legends such as Joan Rivers, Chris Rock, Kevin James and Tom Green. He has made television appearances on HBO, NBC, E! and Comedy Central. He is heard regularly on SiriusXM Satellite Radio and has appeared on the nationally syndicated "Sex Talk Live" , "BTS Radio Show" and "The Jiggy Jaguar Show".

In addition, he landed the lead in a low-budget horror film ("Hell's Lake", currently in post-production), entertained the troops in Iraq and Kuwait, performed at 2007's "Gathering of the Juggalos", and has been seen nationally and internationally at such festivals as Gilda's "Laughfest"(three times), Calgary's "Funnyfest", "The Detroit International Comedy Festival" (twice) and "The Great Plains Comedy Festival" (twice). In all, he has performed in 46 states, 7 countries and 4 islands. He also recently filmed a cameo in another full length feature film, "PI Day, Die Day" , which was released theatrically on March 14, 2016.

An admitted workaholic, Sabo has released five full length comedy albums, including 2009's "A Mouthful of Sea-Monkeys" which was considered "One of the top ten comedy albums of 2009" according to the Serious Comedy Site. He recently released his 5th and (hopefully) funniest cd, "Fervid, Uncouth, Callous and Kinky" which was funded by Kickstarter and so far has received nothing but positive reviews.

Known among his peers as a consummate professional and a comedy chameleon, he has the ability to adjust his act to his environment. Whether the situation calls for a clean show, a dirty show or something in between, he has the experience and material to satisfy any crowd. Considered adult-friendly and intelligent, his honest and observational style, topped with a high energy and frenetic pace, has made him a fan favorite from coast to coast.

You may have never heard of him. But you'll always remember him.

When he comes to your town (and he will), make sure you get your tickets early. You won't want to miss it.

No props. No guitar. No magic tricks. No juggling balls... Just a man and a microphone -- with ATTITUDE to spare!

Alex Eakin is a native of Fort Wayne, IN but is no stranger to bi-costal comedy. He has performed in both LA and NYC and various comedy clubs and venues all throughout the Midwest. He's been mentioned in The Chicago Tribunes Entertainment Review page for his performance.

Alex has shared the stage with such comedians as Robert Kelly, Dulce Sloan, Nick Griffin, Kurt Metzger, and Dave Landau.

In 2019, he was a finalist in Michigan’s “Kingpin of Comedy Competition” and a semi finalist in the “World Series of Comedy” Fort Wayne satellite.