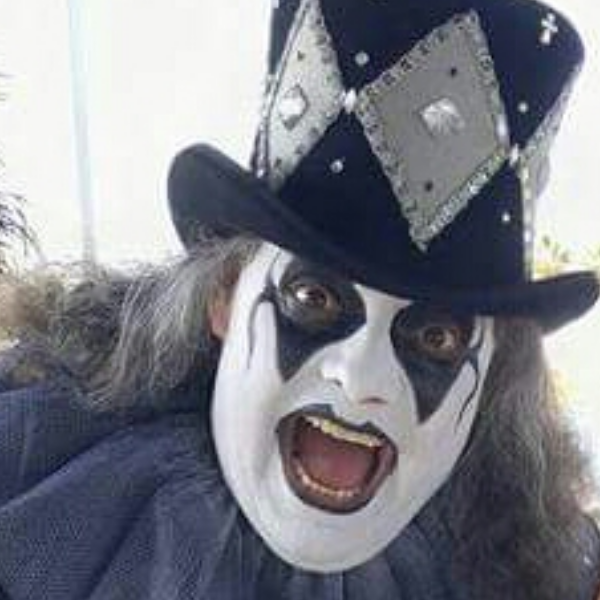 Doors open 15 minutes prior to showtime.

All Shows 21 and older

All Sales Are Final - No Refunds

There are happy clowns like Bozo, killer clowns such as John Wayne Gacy, and working clowns, as in the Shrine Circus.

And then there’s the Disgruntled Clown.

The Disgruntled Clown is one of the more unusual comedy acts you’ll ever see!

For one thing, he’s a hefty 6-foot-5 guy with kabuki-like makeup (think Kiss on a Hostess cupcake diet), an ill-fitting black-and-white silk costume, and a huge attitude. His act is filled with odd props, music, special effects, and laser-like comeback zingers for anyone brave enough to heckle him.

This clown is definitely ot for children.

“I am a clown,” he says. “I’m from down South where they think I’m crazy. Down there, they say ‘He’s a little touched in the head.’”

A former South Carolina resident – where, perhaps in a bit of prophecy, he was named class clown in his high school graduation class – Disgruntled Clown has resided in southeastern Michigan for about the past year.

And he’s noticed some of our traditions that may seem a little stranger to a Southerner.

“What about these guys who drive their trucks out on the ice in the winter time to fish,” he said. “What’s that about? That’s pretty weird. But I do think this winter I’m going to get a snowmobile.”

Disgruntled, who often smokes a cigarette on stage, speaks with a raspy voice. During a telephone interview while driving through Flint, he stays in character, declining to reveal much information about who he really is and why he is disgruntled.

But he does talk the challenges he faces in going about his daily business as a clown.

“I hear stupid stuff from people all the time,” he continues.

“I’ll be driving around in my car with my suit on and people will yell at me ‘Hey – are you a clown or what?’ See my point? I am a clown, this is what I’m wearing. Or they’ll say this: “So, what’s up with the clown suit?’ And I’ll be like – it’s laundry day, so I thought it would be perfect to wear this suit with makeup on.”

Disgruntled Clown describes himself as one of the top underground comics who consistently sells out clubs but remains under the radar of recognition.

“No one thinks they’ve seen me. You either have seen me or you haven’t -- you wouldn’t forget. I don’t have a bunch of TV credits. I am a lot like the Grateful Dead of comedy. My fanbase will follow me anywhere, they are legion,” he said.

As far as his act, Disgruntled said it’s like nothing you’ve ever seen before.

“It’s a totally wild show. It you’re politically correct, just stay home, you won’t have fun with me. I will say out loud everything that you’ve wanted to say to the driver next to you or the person in line at McDonald’s,” he said